How San Francisco might address housing and office vacancies

“The issue started with the pandemic,” Colin Yasukochi says, CBRE’s executive director at its Tech Insights Center. “Prior to the pandemic, in the city of San Francisco, our office vacancy rate was about 4%. Which meant that 4% of all the space, the millions and millions of square feet of space that we had in the city, were vacant. Today, that number is more like 26%.”

The issue is only anticipated to get worse as remote work becomes more and more common. The American Community Survey revealed that 46% of employees in San Francisco worked from home in 2021, up from 7% in 2019. This makes San Francisco the work-from-home capital of the United States. One local lawmaker is proposing to turn vacant office buildings into homes in an effort to address the rising number of vacant offices. Democratic state Assemblyman Matt Haney claims that resolving the vacant office issue could enable the city to take the urgent action required to address the housing crisis.

According to the Housing Element, San Francisco must construct 82,000 additional housing units by 2031, including affordable housing for people with low incomes. Starting the following year, the city must start constructing 10,000 dwelling units annually in order to achieve that goal. London Breed, the mayor of San Francisco, thinks the this is more difficult said than done because local legislators do not support it.

According to the most recent CBRE data, which was released in early December, the third quarter’s 25.5% vacancy rate for offices was a nearly 30-year high. And the city’s economy is significantly being impacted by such rising vacancy rates.

“We are facing an over $700 million budget deficit, mostly as a result to the challenges around our empty office spaces, as well as we’re seeing businesses closed in the financial district,” Breed stated.

According to CBRE data, just 17% of the 42 office conversions that have been completed in the United States thus far in 2022 have been into multifamily dwellings; the remaining 46% have gone from offices to labs.

Due to the current housing market conditions, many developers lack incentives to construct houses, and rigorous housing regulations frequently require developers to go through time-consuming procedures that might make a profitable project unprofitable.

But in many instances, developers have already reached the stage where they must make expensive upgrades. Older Class C buildings that need extensive maintenance and remodeling and are frequently in undesirable locations are the traditional locations for office conversion. Even while an office to residential conversion could necessitate building demolition, it is typically much less expensive than starting from scratch.

“The most important thing from a developer standpoint is what makes the most financial sense,” Marc Babsin stated, president of Emerald Fund, a real estate development company that completed one of the largest office-to-residential conversions in the city at 100 Van Ness Ave.

“There’s a lot of things that are standing in the way of converting office to residential. The biggest one being that the numbers aren’t working today because construction costs are so high. There are things that the government could do to make it easier,” Babsin added.

The mayor of San Francisco claimed that the issue is that building housing takes a long time, especially considering all the restrictions.

“We have so many laws on the books already in terms of height limitations, in terms of open space, in terms of number of units, in terms of everything that you have to do to build,” Breed added. “And then on top of that, we make people go through an insane process which takes an extremely long time.”

Although the conversion of offices to homes is thought to be a step in the right direction in addressing San Francisco’s housing shortage, a permanent solution is still years away. Breed asserts that additional homes must be built in the city. 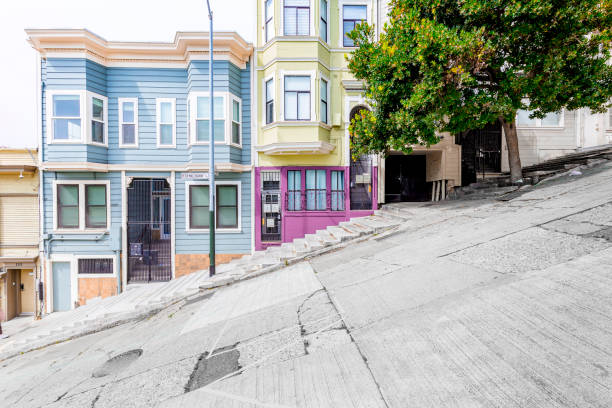